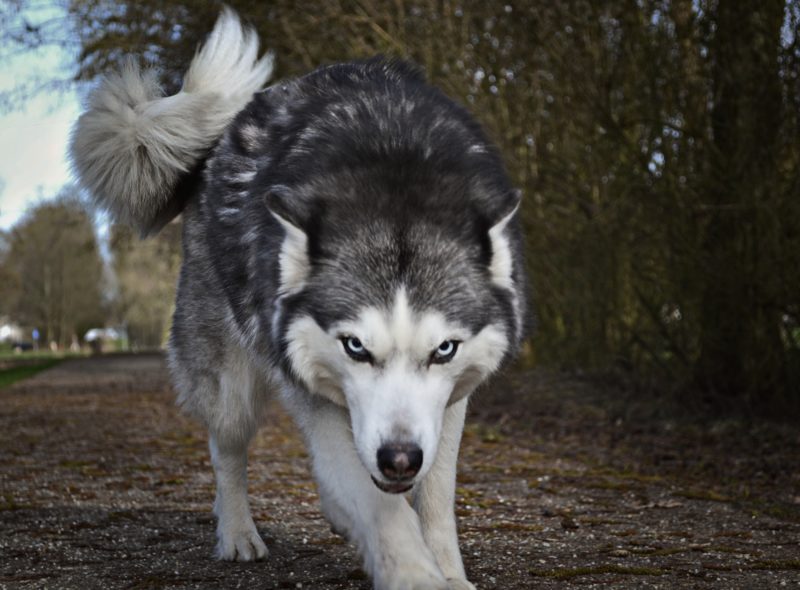 Given the current pricing of wolf hunting licenses in Wisconsin, it is unlikely that revenue from the wolf licenses offset the negative effects wolves have from killing deer, livestock, and dogs. However, there are two caveats to this statement: first, to make this assessment definitive depends on accurately estimating the worth of the life of a deer in Wisconsin, and may depend on more accurately estimating the monetary equivalent loss for a family who has had a dog killed by a wolf.

The second caveat is that if the same number of licenses were sold at market rate, the assessment would flip – that is revenue from license would offset the losses with very high certainty. My recommendation therefore would be to change the cost of wolf licenses to something closer to market rates – such as $600 for state residents and $3000 for out of state residents* – and that the wolf population be allowed to grow from current levels. Absent this recommendation, I would recommend accurately assessing the value of the life of a deer in Wisconsin, and based on that assessment appropriately increase or decrease the target population of wolves in Wisconsin.

In 2012, with a fair amount of controversy, the Wisconsin government passed a law allowing for the hunting of wolves. The Wisconsin DNR was tasked with setting quotas and methods for the hunt, and setting prices for the license to hunt wolves. Native wolf population in Wisconsin are estimated in the thousands; the population was then completely wiped out by the mid twentieth century, and has since recovered to a population of roughly 800.

The controversy over the new hunt stemmed from two conflicting points of views: one side argues that wolves are part of the natural landscape and ecology of Wisconsin, have an inherent right to exist in the space, and are still below the carrying capacity given the state’s resources. On the other side ranchers and farmers regard the wolf as a danger to their livestock and other domestic animals while hunters regard them as competition for the deer population.**

Regardless of position on the issue, most agree that losses to livestock to farmers due to wolf kills are a burden to those farmers, and that the farmers would have an incentive to protect their livestock unless compensated not to. Similarly, advocates for a healthy deer population (including hunters) have an incentive to protect the population of deer from wolves unless otherwise compensated. Thus we could frame the issue as whether revenues from hunting licenses would be enough to recompense livestock and deer losses.***

How to Measure the Optimal Population of Wolves in Wisconsin

This is where a “How to Measure Anything” perspective occurred to me. I was fairly confident that we could determine an “optimal” population of wolves using this approach – and that problem was well defined mathematically.****

I first estimate the number of deer, dogs, cattle, and sheep killed per wolf. I then estimate the cost of each type of kill. In each case I give estimates that represent my 90% confidence interval – that is I am 90% certain the range contains the true number. Since I am not an expert for many of these estimates, I was often left with taking data I found informally on the internet, and therefore put wide bounds to get my 90% confidence intervals.

The second part of the problem (the competing case in a sense) is the revenue the state raises through wolf hunting licenses. This number is deterministic since we have data on this year’s sales of licenses. However, I also provide a “fair market” price based on an estimate of the elasticity of demand for wolf licenses. I then calculate revenue for this based on the same total number of total licenses sold. This “fair market” alternative is important since it leads to very different conclusions.

My estimates for cattle and deer mortality per wolf are as follows:

The current population of deer in Wisconsin is 1.1 million to 1.5 million versus the DNR target of roughly 800,000. I would give a 90% confidence interval of 3 to 10% of the “excess” deer are killed by wolves each year. Since wolves only live in roughly 1/3 of the state, this would imply they kill 9-30% of the excess deer in the regions in which they inhabit. There will be significant disagreement over the cost of these deer kills depending on whether you ask a hunter or an environmentalist: environmentalists might say there is a negative cost since the wolf is performing a service – i.e. reducing the herd toward its “healthy” size, whereas hunters would say there is a cost because it reduces the deer available for human kill and/or consumption. A level headed analysis might put a dollar value on both of these points. I would put my 90% confidence of the value per deer kill as something between -$3 (a $3 benefit) to $10 (a $10 cost). This would imply the effect that wolves have on deer to be anything from a $60,000 benefit to a $200,000 cost.

Compensation for dog kills is a bit trickier to put numbers to. There is the cost of the dog and replacing the services the dog provides, but the primary value of the dog is obviously the love that the family has for the dog – and the financial value of that will vary widely with different families. Some families would probably put the value of the dog at millions of dollars or refuse to put a value at all, while others may be as low as a few hundred dollars. Another way to look at the value of a dog would be to examine how much money a given family is willing to spend on veterinary care to save a dog from cancer or some other disease. Again this will vary widely, from a few hundred dollars to hundreds of thousands of dollars. My 90% confidence interval for the average of this number would be $500 to $8,000. Again, there are obviously going to be families who would spend more than $8,000 to save their dog, but for an average I think that would be quite unlikely. My best estimate for an average would be about $2,000. This would put the cost of dogs killed by wolves at $24,000 to $48,000.*****

Total financial compensation for all wolf kills therefore has a wide range: between a benefit of $20,000 to a cost of $250,000 per year. Most of this uncertainty can be traced to the estimation for the value of a deer life. Not surprisingly therefore, the number with the highest value of information is the cost/value of a deer killed by a wolf – with a EVPI of slightly more than $5000. Perhaps the state already has a better estimate of the value per deer killed by a wolf in which case improving the estimate is essentially free. The threshold cost is $0.33 per deer: if the value of a deer taken by a wolf is greater than $0.33, that would imply that the revenue from licenses does not justify the cost of wolf kills, which in turn would imply the equilibrium level of wolves would be lower.

However, the calculation above does not necessarily imply that there are “too many wolves” in the state. In fact, changing the current system of license sales from a lottery to market price would flip this calculation on its head. I estimated the elasticity of demand for licenses at current levels at significantly less than parity (roughly -0.15), implying that much more revenue could be generated if licenses were sold at market rates instead of through a lottery. Specifically, holding number of licenses constant(1145 state and 15 out of state), I calculate the market rates to be roughly $600 and $3000 respectively.

Given those prices and revenues raised, the revenue from license sales (best estimate of $500,000) would more than cover the costs of kills made by wolves (by a factor of more than 3). No variables in this case would have significant value of information, and it would imply that the equilibrium level of wolves in Wisconsin would be higher.

** A third point of view is that allowing the hunt and valuing wolves in the ecology are not goals at odds with each other – this view holds that hunters make a good steward of a population who will self enforce against illegal forms of killing wolves since they have a financial interest in keeping the population alive. This latter argument is generally accepted as valid for populations of game animals and fish such as salmon and deer, although there are some doubts about its veracity in this case since the wolf would be both be hunted (by wolf hunters) but also competition (for deer hunters).

***While it might appear callous to treat an issue like this from a mathematical perspective, let me be clear that my end incentive is probably similar to others: I rejoice in seeing wolves in the forests of Wisconsin, believe they have an implicit right to exist just as humans do, and realize there is a negative financial consequence of their existence given that they compete with humans for deer, kill cattle, other livestock, and dogs.

****Given a minimal population of wolves – say a single pack of 5 wolves, I am very confident that hunting licenses would more than offset livestock losses; I am also confident that with a large enough population of wolves – say 10,000, it is unlikely that revenues from hunting licenses would offset losses to livestock, deer, dogs, and other issues that would create losses for humans. If I am right about both of these extreme cases, then that would imply there is almost certainly some middle ground where the damages by wolves, and the revenue from hunting them would equal out.

*****I know there are problems valuing dogs killed by wolves in this way, but I can’t think of a better way. Death is a part of life, and sanctity of life arguments hold little weight given that the basic discussion is over hunting and killing wolves!